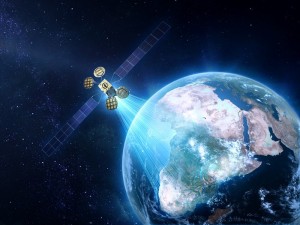 In its most recent quest to open up access to Internet to the developing markets Facebook partnered with Eutelsat Communications a satellite company based in France.

Scheduled for launch during the second half of 2016, the initiative will use satellite technologies to help more Africans get online

It will be using the upcoming $200 million AMOS-6 satellite a 5-ton satellite that Israel Aerospace Industries built.

Eutelsat and Facebook said they would create a new system that is aimed specifically at bringing Internet connectivity to large areas of Sub-Saharan Africa. It will become optimized for direct-to-user and community Internet access using an affordable customer equipment that can be purchased off the shelf.

For the latest project, Eutelsat will set up a new business that would be London based and oversee the satellite broadband African rollout.

Facebook said it would work with its local partners across the continent to help get its services delivered using both terrestrial and satellite capacity.

Founded during 1977, Eutelsat, based in Paris is a provider of satellite capacity for a number of areas in Europe, the Middle East, Asia, the Americas and Africa and is used by many TV, cable networks and radio powered by access to more than 39 satellites that are orbiting the Earth.

Although it claims monthly active users of 1.5 billion, Facebook has looked to its emerging markets to help sustain its growth, markets that have hitherto been stymied due to limited access to Internet.

Facebook’s broad concept of Internet.org remains in place and will continue to be a platform for the new ideas like Aquila a huge drone that is designed to deliver access to Internet to developing nations.

It is an aircraft that is solar powered that creates communications up to 50 kilometers in radius for up to as long as 90 days.

It is similar to Project Loon the experiment project by Google, which promises to delivery Internet through hot air balloons.

It seems the race to bring Internet access to the next few billion is heating up between the world’s tech giants.

CBC.network Trading Down 6.5% Over Last Week