DraftKings and FanDuel Finally Will Merge 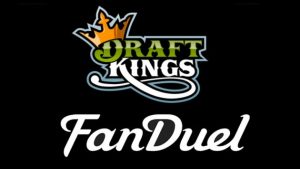 The two giants of daily fantasy sports DraftKings and FanDuel agreed to a merger following a tumultuous year where both saw their market value plunge as a number of attorneys general brought up questions about the legality of the games they promote in their individual states.

The merger needs approval of regulators and is one that will take some time. Both companies said they were expecting the deal to close during the second six months of 2017. While waiting for the closing, the two companies will remain operating under their prior brands.

This merger comes out of necessity. Legal and lobbying costs damaged each company’s bottom line so much so that last month reps from the two asked the attorney general’s office in New York to give them the right to play a combined settlement of $12 million in installments following claims the two employed deceptive and false advertising practices, said those close to the current negotiations.

Over the past few weeks, FanDuel, which is New York-based, laid off over 60 people. Both DFS companies acknowledged they were months behind in payments to different vendors especially to a number of lobbying and public relations companies that were contracted across the country to help persuade different state legislatures to make daily fantasy sports games legal, which is the most critical part of rebuilding the two businesses.

CEO Jason Robins of DraftKings said that joining together with FanDuel would give the new entity the opportunity to realize full potential of their vision.

If this merger gets regulators approval, Robins will be CEO of the new entity, while Nigel Eccles the CEO at FanDuel will be the Chairman of the Board.

In 2015, at the start of the NFL season in September, FanDuel and DraftKings overwhelmed the broadcasts of sporting events with advertising worth millions of dollars that put emphasis on the prize payoffs of the games they offered.

Back then, there was little regulation on the industry, said to be worth billions in which players pay a fee online, put together virtual player rosters in an attempt to win jackpots that ranged from a low of $2 up to over $2 million.

Users score points depending upon the outcomes of professional sports being played.

It appeared back then that daily fantasy sports was an online cash machine. Both had values at over $1 billion and the NBA and MLB invested with them.

However, an employee of DraftKings won a huge jackpot on FanDuel in October of 2015. That prompted an inquiry from the New York attorney general’s office and soon multiple class action suits began and their values began to plunge.