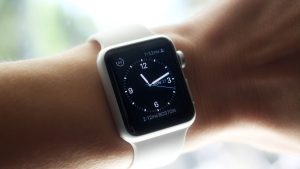 For just the first time, the global smartwatch market experienced a decline year over year of more than 32% showed data released by International Data Corporation or IDC an online research firm.

While Apple remained the market leader with over 1.6 million smartwatches shipped during the second quarter of 2016, it was the sole vendor amongst the top 5, which includes Samsung, LG, Lenovo and Garmin, to see a decline for the year in shipments.

The decline was not small but quite steep as shipments of Apple Watch were more than cut in half from over 3.6 million shipped in the same three-month period in 2015 to this year’s 1.6 million.

Nevertheless, the 1.6 million units shipped by Apple were more than the other top 5 vendors combined. The market share for Apple contracted from last year’s 72% to this year’s 47%.

One should know that the devices such as Activite by Withings and Blaze from Fitbit were not included in the report due to IDC considering the two basic wearables that do not operate applications that are third party.

During March, Apple cut its smartwatch in the Sport model to $299, which was a discount of $50. Shortly after the discount, retailers like Staples, Target, Best Buy and B&H Photo offered special promotions including lowering the price of Apple’s smartwatch by sometimes up to $100, with the blessing of the manufacturer.

However, despite deep discounts, consumers driven by rumors that a new Apple Watch will be debuted this fall, did not buy.

Consumers have backed off from making purchases of smartwatches since the early part of 2016 anticipating new hardware, while improvements in its WatchOS are not likely to take place until late this year, which will effectively stall sales of Apple Watches.

One analyst in the industry said that the next-generation smartwatch from Apple would have a video camera for FaceTime and wireless connectors including for WiFi, GPS and cellular.

However, without the battery life being improved immensely to avoid nightly charging and a full waterproof level of protection for example for swimming or bathing without worrying if the current level of water resistance rating that is IP27 was sufficient enough.

Apple is scheduled to report its quarterly earnings for June next Tuesday.

The smartwatch market has not taken off like the smartphone market did and has stalled behind others in the marketplace.