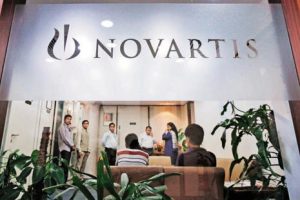 Swiss pharmaceutical giant Novartis AG lowered its guidance for profit for the full year as it increases its investment in its new drug for heart failure to offset dropping sales of Gleevec its blockbuster cancer drug.

Joe Jimenez the CEO at Novartis said a hard decision was made to increase the investment by another $200 million in Entresto, a move that could cost Novartis up to 2% of its core income.

The decision to do this is the right one, said Jimenez, as there are two large catalysts for the company for the next couple of years where growth is concerned. One of them is Entresto and no constraints will be allowed to minimize the huge sales potential of the brand.

Jimenez said the additional expense would go mostly into building its sales force that will target the primary-care physician, who needs to be educated more about Entresto.

The pharmaceutical company updated its guidance to say it operating income could drop by the low single digit percentages, having said previously it would be in line with that of 2015.

It kept its guidance for revenue saying sales are expected to be in line with those of 2015.

The drug for heart failure, which launched last year, had a slow start, which was a reflection of the hesitations of doctors to switch patients that were stable onto the new medicine and the delays in receiving reimbursement from U.S. health insurers.

However, growth is increasing as additional insurers agreed to have the drug on their list of approved drugs and after several cardiology associations across Europe and the U.S. updated their guidelines for prescribing to recommend the drug as a preferred medication in certain types of patients.

Entresto sales reached $32 million during the second quarter, and the Swiss company expects to generate revenue of $200 million for the drug during the entire year.

Novartis said its net income for the quarter that ended June 30 was $1.8 billion, which was 3% less than the same period one year ago. Its core net income, which is a measure that eliminated losses or gains that are one-off, dropped by 5% to just over $2.9 billion.

Revenue was down 2% to more than $12.5 billion yet it beat expectations of analysts of just over $12.3 billion. Core income was expected to be $2.8 billion by analysts.

Taking away the negative effect from the strong U.S. dollar sales and net income were both flat and its core income down 2%.