Study Finds Results that are Irregular in Theranos Medical Tests 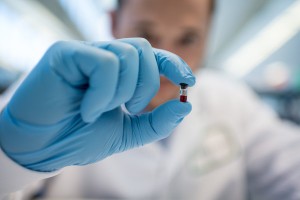 Blood tests using the finger performed by Theranos, the startup in the medical industry, produced more results that were irregular than the conventional tests that are offered by the two biggest clinical labs in the nation, said researchers in an independent assessment of the test completed by the company.

Theranos also had no answer for as many as 2.2% of the requested measurements something that almost never happened with the other two labs LabCorp and Quest Diagnostics.

The findings are not completely negative, as for the most part Theranos’ measurements were in agreement with those of the two other labs and were much less costly.

The study however, is certain to increase the doubts about the assertion of the company that it had discovered a way that would revolutionize medical tests.

Theranos sent out a letter last Thursday hoping the journal would not publish its findings. The letter, which the lab directors at Theranos signed, called the study inaccurate and flawed.

Theranos attracted large amounts of attention when they said they could carry out numerous different blood tests at low cost by using just a couple of blood drops from the finger instead of using tubes of blood that need to be drawn from the arm of the person.

The media took to Elizabeth Holmes a Stanford drop out who founded Theranos and now at just 32 is a billionaire.

However, articles as well as regulatory actions challenged the claims by the company. In January, regulators cited the company for a number of deficiencies that included one for posing an immediate jeopardy to patient safety and health.

Theranos no longer is doing that much testing through finger pricking, pending approvals by regulators.

The latest study by Icahn School of Medicine was conducted last July, before the questions arose over Theranos.

Included in the study were 60 adult volunteers who were healthy with each tested twice during the same day at two walk-in Theranos clinics in Phoenix.