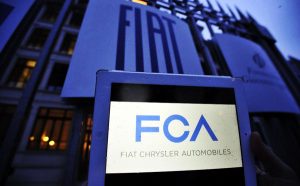 On Tuesday, Fiat Chrysler Automobiles NV announced that its net profit for the first quarter was 478 million euros or $539 million as consumers in North America snapped up the higher priced SUVs as well as pickups from the automaker.

The latest results suggest that Sergio Marchionne the CEO has his plan of turning the market in the U.S. into a profit machine of big vehicles paying off.

Marchionne already has curtailed certain production of cars in favor of producing more SUVs from Jeep.

The adjusted operating profit from North America was more than double ending at $1.39 billion in comparison to $678 million during the same reporting period one year ago.

Fiat Chrysler’s operating margin expanded to 7.2%, but is still not equal to that of General Motors at 8.6% for the just ended quarter.

However, the margins are far closer than they were when Marchionne decided to focus on SUVs and trucks.

Ford will report its results on Thursday and targets its margin for North America to higher than 9%.

Investors are looking for new signs during the conference call on Tuesday, as to whether Marchionne believes the results can be sustainable for the long term.

For the just ended quarter, the carmaker’s profit jumped a great deal from the first quarter of 2015.

The results from the previous year however excluded those of Ferrari, which in January was spun off.

Revenue for the just ended first quarter was up 3% ending at 26.6 billion euros, while profit from operations ended at 1.38 billion euros.

Fiat Chrysler was able to do what few of its competitors accomplished and that was to make money in Latin America. The company was able to generate 11 million euros, in comparison to a loss of more than 65 million euros from the same period one year ago.

The majority of the profit was from cutbacks in the costs of marketing, improvements to sales and production of vehicles that are higher priced like the Jeep Renegade.

In Europe, the automaker earned over 96 million euros, as sales of new cars across the European Union were up 6%.