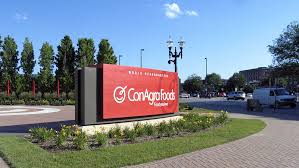 Close to three years after it entered the business of private label foods, with a deal of $5 billion to acquire Ralcorp Holdings, ConAgra Foods is leaving the marketplace after its business did not deliver the profits anticipated and drew much criticism from its investors.

ConAgra said on Monday it would sell the private label business it has to TreeHouse Foods at a price of $2.7 billion in cash, which underscores a deal making miscue worth billions of dollars as the maker of Hunt’s ketchup and Chef Boyardee tried to diversify into the private label brands.

In the divesture of ConAgra of its business of private labels are its non-branded foods which range from cooking spray, to canned pasta and peanut butter to frozen foods, in addition to over 32 manufacturing facilities in both the U.S. and internationally.

That division earned revenue of $3.6 billion for the year ended May 31. The figures represent just less than 25% of the overall sales of ConAgra, but might help TreeHouse close to double its overall revenue.

After taking much criticism from Jana Partners an activist investor this past June for its push into private labels, ConAgra launched its sale process late in the summer for the business.

That process, which was led by Centerview Partners and Goldman Sachs, included 35 potential buyers within the food industry that included private equity sponsors and competitors.

However, from the beginning many had expected the company that would find the business the most attractive would be TreeHouse. While ConAgra has a portfolio of brands that are recognizable including Slim Jim, Chef Boyardee, Hunt’s Egg Beaters and Orville Redenbacher’s, TreeHouse Foods focuses mostly on private label foods.

TreeHouse is expected to double revenues and boost its profitability with the ConAgra acquisition. The projection for total revenue for TreeHouse is close to $7 billion with earnings of $690 million prior to EITDA in the first twelve months following deal closing.