Drop in Prices of Food Pressures Distributors and Grocers 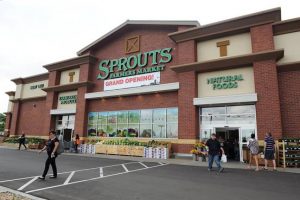 A continual slide in the price of food has put pressure on more U.S. distributors and grocers, weighing down their shares and prompting some to make revisions to their outlooks in earnings for the full year.

Sprouts Farmers Market has cut its guidance for the quarter and 2016 due to significant deflation that is ongoing that its announced will likely not let up for a number of months.

Shares at Sprouts, which is based in Arizona, fell by 14% to end trading on Wednesday at the price of $19.68, which is the lowest close for the company in over a year.

However, Smart & Final Stores, a grocer based in California cut its guidance for the full year during July due to the same price pressures.

Kroger Co, the largest supermarket chain in the U.S. and a barometer for many in the industry, is expected to cite deflation woes during the reporting of its earnings this Friday.

Analysts in the industry predict that the largest supermarket chain in the industry will be affected by price drops in its sales of same stores and earnings for the full year.

Shares in Whole Foods Market, Supervalu and Kroger lost value on Wednesday. The continual deflation in the core commodities of dairy, egg and beef has eaten into the margins for food companies in the U.S. at a time of more competition in food retail.

A minimum of five retailers in the grocery industry cited deflation as a big threat to bottom lines during earnings calls in August.

The drop creates opportunities for certain investors to hold onto their stocks of grocers that prove they are able to attract customers as well as generate increases in average purchases per visit, said one analyst specializing in food retail in the U.S.

At the same time, the drop in prices has hit food distributors as well. United Natural Foods will likely be under pressure when reporting earnings next Monday after the organic food distributor had four major clients report softer sales at same stores.

The drop in prices of commodities started in April of 2015, but supermarkets did not start to pass those along to the customer until last December, shows data released by the government.

After over nine months of deflation in consumer prices, the drops accelerated during June and have yet to bottom out, said an analyst.