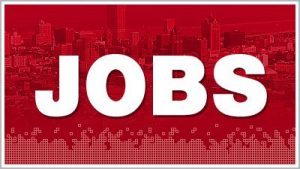 The United States economy added over 227,000 new jobs during February, which was ahead of the gain in December of 157,000.

The rate of unemployment moved up just slightly to 4.8%, as more people in the U.S. began looking for work, a good sign that explains the slight unemployment rate increase.

It is the first jobs report released under the new Trump administration. Nevertheless, the Department of Labor conducted the survey for jobs during the second week in January when the office of the president was still occupied by President Barack Obama.

One economist said that the Trump administration has inherited a U.S. economy that is headed toward full employment but work still needs to be done.

The jobs report is now contentious, because President Trump at one time dubbed the rate of unemployment a hoax. His treasury and labor nominees have criticized the unemployment rate as well.

While the top numbers look strong, Trump also has inherited problems in the job market across the U.S.

The underemployment rate, which is people who are unemployed as well as those who work just part-time, rose during January from 9.2% to 9.4%.

However, the rate has dropped considerably the past few years. Nevertheless, there are still 5.8 million people in the U.S. working jobs that are just part-time but who want positions that are full time.

Another issue is the quality of jobs. During January 76,000 new jobs were added in the U.S. in the restaurant and retail area. Those jobs are usually lower paying and lower skill positions.

While barely any new jobs were added in manufacturing during January, some see the outlook improving for factory jobs under new President Donald Trump.

This is the start of the Trump march to fulfilling his promise made during the campaign of creating over 25 million new jobs over the next decade.

Many U.S. economists said that Trump would be challenged to create so many new jobs with unemployment already so law and the growth of the economy remaining sluggish. However, his plans to lower taxes and to spend large sums on infrastructure could increase jobs and add growth.

Americans saw wages boosted during January with paychecks growing 2.5% during the month in comparison to January of 2016.