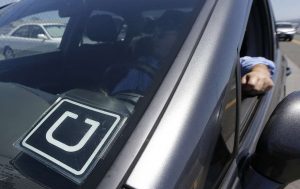 This week Uber Technologies agreed it would pay $20 million as a settlement for a lawsuit by the Federal Trade Commission do to driver compensation claims as well as its program of auto leasing.

The FTC filed suit against the ride-hailing company on Thursday saying that Uber had made false, unsubstantiated or misleading claims about the amount drivers could earn from the startup’s service.

The regulatory agency alleged that Uber made misrepresentations of a similar nature about the program it has related to vehicle financing.

In the complaint, the FTC alleged that the practices by Uber caused its drivers to suffer millions in injury. Uber did not admit or deny any wrongdoing in the settlement.

A spokesperson for Uber said the company was pleased it reached the settlement with the FTC. The spokesperson added that the company has made a number of improvements to our driver experience during the past year and continues to focus on making sure that Uber is the best choice for anyone that wants to earn money without having a set schedule.

With a presence in nearly every country and a valuation exceeding $69 billion, Uber helped to define what is now known as gig economy, where owners of smartphones work as contractors instead of being a fulltime employee.

The ride-hailing startup advocates the flexibility of its arrangement saying that its drivers are able to set the hours they work for as little or as much as they like.

However, labor advocates and governments across the globe have challenged Uber saying the company takes advantage of its workers and does not offer drivers the rights that are typically afforded those who are labeled, official employees.

This week’s complaint filed by the FTC laid out a number of examples where the agency alleged they were false or at the minimum misleading.

During 2015, the official Uber website said medial annual income earned by a driver using its UberX service had been $90,000 in New York city and as much as $74,000 for those in San Francisco.

However, the FTC complaint alleged that the actual average income for New York drivers was approximately $29,000, lees that what had been claimed and in San Francisco $21,000 less between May of 2013 and May of 2014.

In addition, the FTC cited ads on Craigslist by Uber were used to recruit new drivers, with some saying drivers earned $20 per hour.

In Philadelphia, Boston and Minneapolis less than 10% of the Uber drivers earned the hourly wage advertised, said the suit.