Children in U.S. Less Likely to Surpass Earnings of Parents 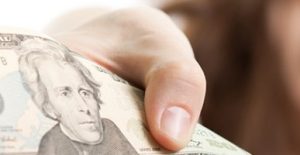 The gap is widening between the rich and poor in the U.S. and that has pushed the chances of kids to out earn their parents down to 50%, said economic researchers.

That is a sharp drop from back in 1940 when 90% of the children were expected to pass their parents in earnings over their lifetime.

Now it has come down to nothing more than a flip of the coin, as 50% will and 50% will not exceed the earnings of their parents, said an economics professor at Stanford.

The trend that is headed downward was true across all of the U.S. with the steepest of declines seen amongst families in the middle class, according to researchers that released the Equality of Opportunity Project.

That study detailed the “absolute income mobility” between one generation and the next through comparing income in the household of people in their 30s with that of their parents at that same age.

The study done at Stanford, used data from the U.S. Census as well as the Internal Revenue Service records, that had been made anonymous to compile the stats of people that were born from 1940 to 1984.

During that span, it became much more unlikely that children born in any state in the U.S. would out earn their parents. The biggest drops for upward mobility were in Illinois, Michigan and other areas of the industrial Midwest.

To determine the cause of such a decline, researchers played with a pair of variables – the gross domestic product and economic growth distribution.

Using simulations, both broader gains and stronger growth had effects that were positive, but broader gains ended up being much more influential.

Researchers said that when the growth rate of the economy was increased to higher levels during the 1940s as well as 1950s, but the distribution mirrored the uneven landscape of today, the estimated rate for absolute mobility increased to over 62%.

However, in contrast, as the economic growth rate remained a lower levels of between 2% and 3% of the most recent decades, but the economic pie was divided more even, as during the middle of the 20th century, the fraction of kids that ended up surpassing their parents jumped to over 80%.

The study’s finding implies that if the American dream is to be revived and increase living standards of those across generations, then policies, which foster broader shared growth, need to be in place, said members of the study.