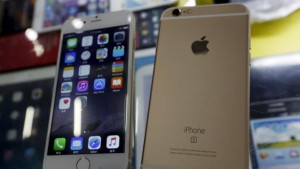 Kantar has released its smartphone numbers of August, which showed that the iPhone from Apple is having its lowest market share in the U.S. since October of 2011, gaining a little more share of month to month inside China and seeing its lowest Japan and EU5 share.

The EU5 consists of France, Germany, Italy, Spain and Britain, since December.

The trends should be reversed with the new generation iPhone 6s and sibling 6s Plus just released but not as dramatically as it did a year ago when the U.S. share of Apple moved up from 30.5% during August to December’s 47.7%.

The iPhone has great loyalty across the U.S. while its market share is currently the lowest it has been in nearly four years user loyalty has not been affected.

While one month from this point could be still too early to make any report of initial numbers for sale of the new generation iPhone models, a survey by ComTech has shown that 11% of iOS owners in August said they would change their current phone over the upcoming quarter, and 87% of these said that Apple was the brand they preferred.

Apple’s share of the smartphone market in China peaked in February at 27.6% and has declined for five months to just 19.1% during July.

However, its share has increased since by 5.1%, during the year, thanks to strong months in August and September.

A number of analysts in the industry commented that in the larger populated areas of China sales of smartphones represented 84% of the phone sales overall in the three months that ended August with the iPhone 6 as well as 6 Plus at the top of the sales list for best-selling products.