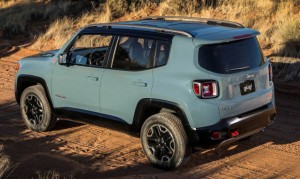 Fiat Chrysler Automobiles ordered its second recall in the last two months to install software that will protect against hackers.

The recall was ordered on Friday and will update software in more than 7,800 of its Jeep Renegade 2015 models that have touchscreens of 6.5 inches.

Since this is a new model Renegade, about half of the vehicles affected remain in the hands of the dealers. The system in this latest recall is a different one from the infotainment system that also was the subject of a 1.4 million vehicle recall this past July, said the automaker.

Owners will be given a thumb drive so they will be able perform the necessary update themselves.

The automaker said the update will include safety measures that are able to block remote access. The FCA U.S. unit has emphasized to its customers that they do not have anything to fear from hackers.

The manipulation in the software that is addressed in this recall required extensive and unique technical knowledge, prolonged access to a vehicle and extended period of time available to write code, said the company in a prepared statement that announced the recall.

No defect was found, said FCA U.S. as the company is doing this recall using an abundance of caution.

The recall in July came after a pair of hackers had demonstrated to members of Wired magazine how they were able to take control of a Jeep SUV as it drove down the road with a journalist driving it. The hackers were able to go in through the UConnect infotainment system.

They were able to increase the air conditioning and took control of the sound system. The car wound up in a ditch.

At that time, the National Highway Traffic Safety Administration said it was going to launch an immediate investigation to assess if a recall by Fiat Chrysler would be effective.