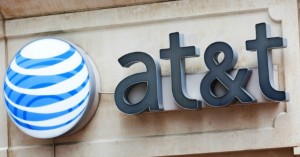 The time is right to be a wireless subscriber at AT&T as the wireless provider boosted its data plans and has added other perk to maintain competiveness with Sprint, T-Mobile and Verizon.

Late last week, AT&T announced its new Mobile Share Value plans that go into effect Monday August 17. In certain instances, the wireless provider is cutting the cost of the service, while in others it adds more data and keeps the same prices.

AT&T is also adding free text messaging and calling to Mexico and Canada to its customers that sign up for its plans that are more expensive.

Earlier last week, AT&T announced an offer for a limited period of credit up to $500 for DirecTV or U-verse television customers that switch their wireless service over to AT&T.

These new deals have come as the pricing war in the wireless sector continues to heat up. Sprint and T-Mobile have cut prices and have offered customers additional data in their effort to win market share from Verizon and AT&T the two largest wireless companies.

Verizon, at the same time, has tweaked data plans offering additional data at reduced prices, while ending its service contracts.

The move by AT&T to make its plans for data more appealing is a response in large part to the aggressive tactics taken by its smaller rivals.

AT&T is following T-Mobile and Sprint in offering free texting and calling to Mexico, news that it is offering the perk was not a surprise.

During January, AT&T purchased Iusacell and Nextel Mexico, two Mexican carriers for a total of more than 4.37 billion. AT&T said it hoped to build a large, seamless network running between the United States and Mexico.

T-Mobile, last month move ahead by offering customers the right to call, text or browse on their phones in Mexico and Canada for no additional fees.

Earlier in August, Sprint announced it would have free text messages and calls to Mexico.