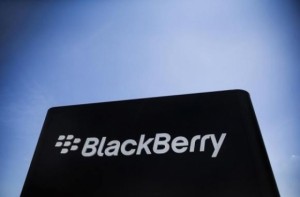 Blackberry has insisted it is reinventing itself by developing a totally different smartphone. Now a photo that was leaked on the Internet shows Venice a Blackberry smartphone with the Android operating system.

The photo shows the lower half of the display and a three-row keyboard that resembles an earlier Blackberry model such as the Passport.

The report that released the photo also said that Blackberry entered into a partnership with AT&T as a distributor for the phones.

The image shows that the new device has the three buttons specific to Android – home, back and multi-window – mixed with a number of other symbols on the lower half of the screen. In all, there are six buttons. This image is the clearest yet that the Venice might operate on Android, though it is too premature to determine that.

The known is that Canada based Blackberry expressed its desire to use the Google operating system according to an international news agency report.

In that report, it indicated the move by Blackberry would pertain to its strategy of putting focus on software development and the device.

The report hinted as well that the device would be a slider and have the QWERTY keyboard, one of the trademarks of Blackberry. It is also rumored that the smartphone would be launched at some point during the fall of 2015.

Since the image was leaked, no statement has been released by either Blackberry or Google regarding the possibility of a partnership and when prompted, comments were refused.

The possibility of a Blackberry operating on Android was first announced at the Barcelona 2015 Mobile World Congress this past March. Rumors have the phone containing nearly out of the world specs.

The device is said to have a screen that is 5.4 inches in size with QHD display. The main camera is said to have 18 megapixels, which puts it up there near the Lumia camera phones. Besides the camera, clear selfies will be available from the second camera with 5 megapixels.

The device is said to include RAM of 3GB and a 64-bit Snapdragon hexacore 808 processor from Qualcomm.