Tech Giant in Asia Not Planning to Please Trump 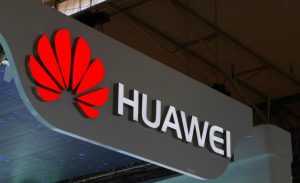 China’s largest maker of smartphones does not have any plans to follow other large tech companies in Asia by meeting with U.S. President Donald Trump and delivering promises of new jobs in the U.S.

Richard Yu, the consumer business chief with Huawei said the company is not like Jack Ma. Yu said Ma is more active, but Huawei is more humble.

Yu when making those comments had been referring to Ma, the charismatic founder of Alibaba the tech giant based in China, who has met with President Trump during January pledging new jobs in the United States.

The meeting between Ma and Trump followed one between Masayoshi Son a tech tycoon and CEO at Japan’s SoftBank.

For Huawei, the market in the U.S. has proved to be difficult to crack. The telecom networks business of the company remains shut out essentially in the country following a decision by the U.S. Congress to issue a critical report during 2012.

In the report, lawmakers suggested Huawei equipment might pose a threat to the country’s national security. The company said the allegations were baseless.

Huawei might not be so flashy when it comes to making the headlines like Alibaba is but Yu is completely confident of the company’s aggressive ambitions globally.

The Chinese company has a goal of becoming the No. 1 maker of smartphones in the world over the upcoming five years.

Currently Huawei is No. 1 behind Samsung and Apple. However, the smartphone maker has just a small share, equal to less than 1%, in the U.S. market.

Yu said the company wanted to have a big breakthrough in the U.S. because consumers in the U.S. need better products and Huawei can supply them with better ones.

To accomplish that, Huawei must hope that that the tough talk of President Trump on trade with China will not translate into definite measures that could ignite a trade war.

During his campaign, Trump made a threat he would place import tariffs up to 45% on imported products from China. On repeated occasions he has accused China of unfair competition.

However, Yu said Huawei is the one being treated unfairly by the U.S., claiming the smartphone maker buys a large amount of components for its handsets such as chips and other hardware as well as software, from suppliers in the U.S.

Over the past couple of years, Huawei has experienced growth in Africa, Europe, Latin America and the Middle East.