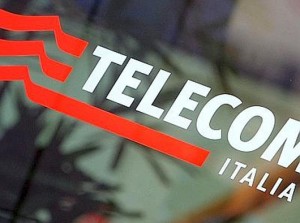 Telecom Italia is increasing its spending on building out, fixed, faster and mobile networks in its domestic market during the next 36 months, where it sees the core earnings returning to growth starting 2017, said the company on Tuesday.

The former network operator that at one time was a national monopoly, which has struggled for a number of years with no clear strategy and was regarded as a possible takeover target, reported a drop of 20% in its core years for 2015.

It was also hit by charges that were one-off that totaled over 1.07 billion euros and more deterioration in the performance of its business in Brazil.

Excluding the charges that were one-off and the effects from currency exchanges, EBITDA earnings dropped by 4.5% in 2015.

Analysts said the result of EBITDA was just below expectations but they welcomed the return to growth in revenues of mobile services in Italy during the final quarter of 2015.

Shares, which were lower by 0.2% in early trading on Tuesday, are down 25% thus far in 2016, making them the worst performer amongst all its European peers.

The company is attempting to recover the dominance it once held domestically as its traditional fixed line telephone services have lost appeal amidst competition from its rivals on Internet, with a new focus on Italy coming during a time when the worst downturn in the economy in decades weighed on its Brazilian majority-owned subsidiary.

The company, which is heavily indebted, announced on Tuesday it would be spending 12 billion euros or $13.4 billion during the upcoming three years across Italy, which includes 3.6 billion for the laying of fiber optic lines.

The developments of an ultra-fast, national broadband network is a top priority of the government of Matteo Renzi the Prime Minister.

Telecom Italia’s investment target in Italy is 20% higher than the total it had earmarked in its previous plan of three years.