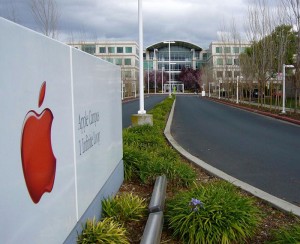 Tim Cook the CEO at Apple dismissed the notion that the Cupertino, California based tech behemoth was avoiding U.S. taxes as “total political crap.”

The remarks by Cook were made during an interview that aired on 60 Minutes Sunday evening and comes amidst a big debate in the U.S. over companies avoiding taxes by using techniques such as tax inversion deals, in which a company is able to change its domicile to another country that has a lower tax base.

Apple is able to save billions of dollars in taxes through its subsidiaries it has in Ireland, where much of its profit from overseas is declared.

Cook during his interview with Charlie Rose on 60 Minutes said that Apple pays every dollar of taxes it owes.

Cook also said that bringing the profits from overseas to the U.S. would cost the company 40% and he added that it was not a reasonable thing to do.

A Senate subcommittee probed the tax strategies of Apple and found the company in just 2012 avoided paying more than $9 billion in taxes in the U.S. by using the strategy of three units that are offshore with no discernible tax base.

Apple is holding about $181 billion in profits from overseas, which is more than any other company in the U.S. and would owe approximately $59.2 billion in U.S. taxes if it attempted to bring that money back into the U.S., showed a recent study that used SEC filings to reach its conclusion.

The current U.S. tax code was made during the industrial age and not today’s digital age, said Cook. It is backwards he added and is awful for America.

A financial analyst said that the colorful language used by Cook on the CBS news show Sunday night could be a reflection of the frustration over little movement in Washington on tax reform.