Apple Has New COO and Chief of App Store 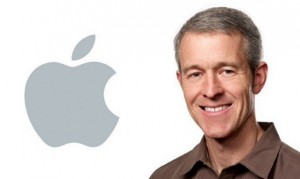 Apple Inc. announced a number of changes to its teams of leaders on Friday, including promoting Jeff Williams to COO, which is a role that was last held by Tim Cook but has been vacant since he became the CEO at Apple back in 2011.

Williams, who started in 1998 at Apple, was named as the VP of Operations 11 years ago. He is currently overseeing the new Apple Watch program.

Apple also said that it has expanding the duties of Phil Schiller the VP of Worldwide Marketing to include the running of Apple\s App Store on all platforms.

According to one report from a national newspaper that cited a senior executive who remained unnamed, the move to appoint Williams as the COO was more about the formalizing of that role as he already was playing it within company, instead of an indication he could become the next CEO at Apple upon the departure of Cook.

Cook in a prepared statement that was released on Friday morning that included the changes said that the company was fortunate to have such breadth and depth of talent across the entire executive team.

He added that as the end of the year approached, Apple was recognizing the vast contributions made already by the two key top executives.

The change put Schiller in charge of close to all functions related to developers, said Apple, which will be over and above his other responsibilities with marketing, including international marketing, business marketing and education.

Apple said that Schiller in his latest position would focus on the expansion of Apple’s ecosystem across all devices, including iPad, iPhone, Mac, Apple TV and Apple Watch.

The App Store platform has grown significantly over the last year, with the launch of a new one for its wearable, the Apple Watch and the introduction of one for its Apple TV hardware.

However, both have yet to see the impact in relation to the breakout hits or the developer traction as was the case with the original App Store.

Apple said that over 11 million developers are now building apps for the different platforms – OS X, iOS, tvOS and watchOS.