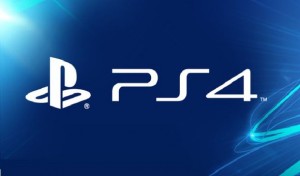 That figure is up from the last report of sales of PS4 in January of 18.5 million, which included over 4.1 million in sales during the holiday season of 2014.

That number will likely increase once again prior to the end of 2015 as holiday shoppers will use a PS4 discount by Sony of $50 for their holiday gifts purchases.

We are grateful that gamers everywhere around the world have continued to choose the PS4 as their best way to play since it launched over two years ago, said Andrew House the CEO at Sony in a prepared statement.

Rivals Nintendo and Microsoft announced their own sales figures but according to one online sales tracking firm, Sony is the current winner of the console war.

Internally, Sony said the game console has the strongest and fastest growth of its PlayStation hardware. Sony is going to release a number of new titles including Ryu Ga GotokuKIWANI, Dragon Quest Builders, Bloodborne, Uncharted 4 and Gravity Rush Remastered.

It will also have releases of indie games Super Time Force Ultra and GALAK-Z.

This news has come just after the titan in technology confirmed that coming to the PS4 is PlayStation 2 emulation.

Following the announcement by Microsoft about the backward compatibility of Xbox 360 on its Xbox One, Sony has quietly confirmed that it would let the gamers play the classic PS games via its next generation console, but details have yet to be provided.