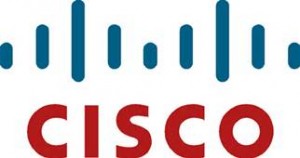 Cisco Systems the maker of network equipment forecasted revenue and adjusted profit growth for its second quarter that was below estimates of analysts citing slow order growth and a weakness in its international enterprise business.

Robbins added that the guidance reflects order growth that is lower than had been expected for the first quarter. That was driven largely through uncertainty of currency impacts and macro environment.

Cisco said it was expecting an adjusted profit of between 53 and 55 cents with revenue being flat to an increase of 2%, which means between $11.94 billion and $12.17 billion.

Wall Street was expecting 56 cents per share profit with revenue of more than $12.55 billion.

One industry analyst attributed the disappointing forecast by Cisco to its emerging markets exposure.

Cisco is increasing its wireless and enterprise security businesses as a way to counter the lower spending by carriers of telecom, its traditional clients, and the nimbler rivals that are quickly grabbing a bigger share of the market through networking products that are software focused.

During August, Cisco joined forces with Apple to improve performance of iPhones and iPads on its network.

More recently, Cisco partnered with Ericsson to make networks that are next generation that should produce additional revenue of more than $1 billion by 2018 for the business.

For its first quarter, Cisco reported revenue as well as profit that were better than had been expected.

Cisco net income was up 33% to end the quarter at $2.43 billion equal to 48 cents a share during its first quarter that ended on October 24.

The company, using an adjusted basis earned just over 59 cents a share, which was higher than Wall Street estimates of 56 cents a share.