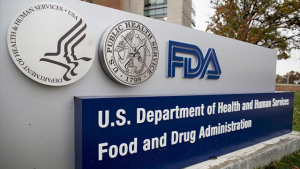 The U.S. Food and Drug Administration approved a new amyotrophic lateral sclerosis or ALS medication. The drug is Radicava and is the second drug to be given the green light by the FDA to treat ALS, also known as Lou Gehrig’s disease, after over 20 years.

MT Pharma America manufactures Radicava and is a subsidiary of Mitsubishi Tanabe Pharma in Japan. The drug is given through intravenous infusion and costs over $145,000 annually.

ALS is known as a progressive neurodegenerative disease which affects nerve cells inside the spinal cord and brain that are responsible for making the muscles function correctly.

The nerve cells lose the ability to start and control movement of muscles in ALS, which leads to paralysis and eventual death.

The majority of people suffering from the condition end up dying due to respiratory failure, usually between 3 and 5 years after the symptoms begin appearing.

While this approval of the new treatment for ALS offers another option for those suffering from the condition, it is not a cure. The condition affects approximately between 12,000 and 15,000 Americans.

During a study of six months held in Japan, the medication slowed down the disease’s progression. The first drug the FDA approved for ALS, Riluzole, is able to increase patient’s survival by two to three months. However, it is not clear yet, if Radicava will have an effect on patient survival.

The new treatment was given approval by the FDA not because it extended a patient’s survival but it was determined that the patient’s symptoms take longer to deteriorate the muscles, which means those that were given the treatment, their condition will continue to worsen albeit more slowly.

During the study, the participants, 137 people, were assigned randomly to receive the drug or a placebo. After six months, conditions of those who received the drug had declined less than those given the placebo.

At the study’s completion, those in the group receiving Radicava scored close to 2.5 points higher on a scale of 48 points that measures the severity of the disease.

MT Pharma VP of medical affairs said the treatment is most beneficial for patients who were in the earliest stages of ALS.

Researchers do not know exactly how the new drug works, but it seems to absorb free radicals that are responsible in part for the condition’s progress.

The decision by the FDA was applauded by non-profit group ALS Association and it expressed its optimism for more therapies to be available for those that suffer from the deadly disease.