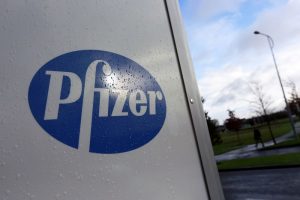 OPKO Health announced that its experimental drug designed to help fight GHD or growth hormone deficiency in adults has failed to produce statistically significant benefits versus a placebo in a study that was “late-stage.” The news helped to send its shares plunging 14% in trading.

GHD is a very rare disorder that is characterized by less than adequate secretion of the body’s growth hormone from its pituitary gland. The pituitary is the organ responsible for producing a number of different hormones.

GHD can be hereditary and can be acquired due to an infection, trauma, growth of a brain tumor, radiation therapy as well as emerging without any diagnosable cause.

OPKO, based in Miami, which is behind the development of the drug with Pfizer announced on Friday that it identified possibly more than one outlier that might have affected the recent trial, where patients received the drug one time per week.

OPKO also said it started one other late-stage clinical study to evaluate its drug against another known as genotropin, which Pfizer originally developed, in children.

Up to the close of business on Thursday, OPKO shares were up 14% in 2016. Pfizer shares fell in early trading.

The phase 3 study OPKO will continue with pre-pubertal children with GHD that compares the hGH-GTP weekly injections with Genotropin’s daily injections.

OPKO held a licensing agreement and global collaboration with Pfizer for the developing and commercializing of the growth hormone drug. Under that agreement, OPKO was responsible for carrying out the different clinical programs.

Pfizer’s responsibility is registering and selling the product.

Those suffering from GHD suffer from short stature, delayed and at times absent puberty and changes in their muscle mass, bone strength and cholesterol levels.

As mentioned earlier the condition can be congenital that resulting from structural malformations or genetic mutations in the brain. If it is acquired, it is through infections, trauma, tumors radiation or other reasons,

Because GHD that is congenital comprises a broad spectrum of etiological disorders that includes combined pituitary hormone deficiency there is a wide range of incidence occurring between 1 in 3500 and 4 in 100,000 births.

At the current time, suffers receive subcutaneous injection of rhGH or recombinant human growth hormone that is biosynthetic.

How frequent the patient receives the injections is based upon the level of the patient’s GHD.