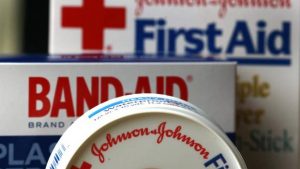 The pharmaceutical business of Johnson & Johnson was able to help the company lift its low end of guidance and post results that were better than had been anticipated for the most recent quarter, as it continues to help the company’s top line.

J&J, based in New Brunswick, New Jersey, now is expecting its earnings per share to be between $6.68 and $6.73 for the year in comparison to its previous annual guidance of $6.63 for the bottom. It confirmed its forecast for revenue of between $71.5 billion and $72.2 billion.

CEO Alex Gorsky announced that results reflected the success of the company’s product launches and its core businesses that were driven by solid growth in its pharmaceutical business.

Nevertheless, J&J is facing threats from competition with lower prices that are emerging for some top selling drugs and with close to 50% of its business overseas, J&J results are being pressured by the strong U.S. dollar and a weakness in some of its emerging markets.

On Monday, Pfizer said it would start selling its new biosimilar version of Remicade the blockbuster treatment for rheumatoid arthritis. Sales will begin during late November at a discount of 15% to the list price of the brand name.

J&J has promised to battle the launch of the biosimilar in court, setting up a fierce battle between two big drug businesses in court as well as with health insurance talks over contracts.

Remicade sales during the quarter just ended surged worldwide by 18%, as the company’s pharmaceutical business, which is its biggest, continued propelling J&J.

Sales of prescription drugs increased by 9.2% to over $8.4 billion which was driven by its strength in its new products that include Imbruvica a drug for blood cancer, Xarelto a blood thinner and Darzalex a multiple melanoma treatment.

J&J’s other businesses continued lagging behind. During the just ended quarter, sales of consumer health products of J&J were down 1.6% to end the quarter at $3.25 billion.

At the same time, J&J medical devices saw its sales increase only 1.1% to end the quarter at $6.15 billion. The business was at one time the largest J&J had, but has encountered problems amidst pressure in pricing, more competition and changes in the market.

In response, the company exited certain areas, changed the way it sells its devices and focused on categories of high growth such as robotics.