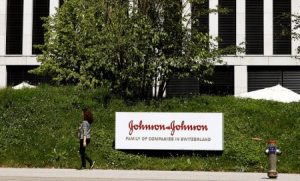 Johnson & Johnson have agreed to purchase the eye-surgery equipment business of Abbott Laboratories for the price of $4.33 billion, which moves the giant in healthcare towards its set goal of increasing all three of its core businesses.

This deal should close during the first three months of 2017 said each company in separate released statements late last week.

The unit, known as Abbott Medical Optics, is the maker of equipment used during surgeries for cataracts and in the Lasik procedures that improve vision, along with eye drops and other solutions. In 2015, the unit generated sales of more than $1.13 billion.

J&J is the largest maker of healthcare products in the world and has chased deals for its three main businesses to increase growth as well as offset possible competition for its prescription medicines, which is the biggest unit at the company based in New Jersey.

For Abbott, this divestiture is one more step in CEO Miles White’s plan to refocus the business after spinning off AbbVie back in 2013, this year agreeing to the acquisition of Alere Inc, a company specializing in medical testing and device maker St. Jude Medical.

Abbott’s unit for optics is self contained with little synergy amongst other units in it device portfolio said one industry analyst. The company wants its device division more towards products that are more sophisticated like the ones offered by St. Jude, added the analyst.

J&J’s diagnostics and medical devices business represented 36% of its overall 2015 revenue, which was down from a 2012 figure of 41%. J&J’s third big unit, Consumer products, represented 19% of the sales the company generated in 2015.

Abbott paid over $2.8 billion for this same unit back in 2009. This sale gives Abbott a much needed injection of cash. It is purchasing St. Jude Medical for more than $25 billion and Alere for over $5.8 billion, a purchase running into many roadblocks since being announced back in February.

CEO White said he had the financing in place to finish both the deals, though it might involve issuing more equity, a moved frowned upon by investors.

The additional cash through the sale of the eye care company will ease the financial demand the company currently has.

Currently, Abbott is focused on the building of a position of leadership in the cardiovascular devices as well as growing diagnostics.

In addition, Alere is the top maker of devices that treat heart failure.