AbbVie Increases Forecast on Profit Due to Strong Sales of Humira 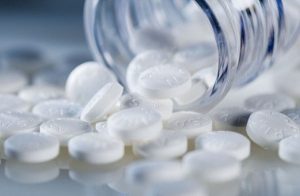 AbbVie posted quarterly revenue and profit that was higher than had been expected driven by the demand for Humira its flagship drug, and increased its forecast for earnings for the full year.

Humira, the biggest selling drug in the world, generated sales of over $14 billion in 2015 and represented 64% of the net revenue of AbbVie during the quarter.

The medication, used as treatment of Crohn’s disease and forms of arthritis amongst other types of conditions, had sales of more than $4.15 billion for the quarter, topping estimates of analysts for $3.92 billion.

The main patent lapses for Humira in December, which opens the drug up to competition from less expensive biosimilars being developed by businesses such as Coherus Biosciences and Amgen.

Amgen, as the first to seek out approval in the U.S., could be the first to enter the market, after a U.S. Food and Drug Administration advisory panel supported its copycat version in early July.

However, AbbVie said many times that other patents would stave off biosimilar forms of the drug being introduced until a minimum of 2022.

An analyst with Credit Suisse said that the majority of the debate related to AbbVie is on Humira’s longer term durability and that the bank thinks nothing with change despite a stronger quarter.

AbbVie to make sure has diversified its portfolio reducing its big dependence on Humira. The pharmaceutical company announced last April that it was buying Stemcentrx a developer of cancer drugs. The purchase price is $5.8 billion.

In 2015, the drugmaker based in suburban Chicago bought Pharmcyclics and its 50% ownership of Imbruvica the cancer drug for over $21 billion.

AbbVie sells that drug with Johnson & Johnson and announced that it brought in sales for the quarter of $439 million exceeding estimates on Wall Street by $9 million.

Viekira Pak the treatment for Hepatitis C that AbbVie sells competes with drugs from Merck and Gilead Sciences had sales for the quarter of $419 million versus an estimate by analysts of 411 million.

AbbVie increased its forecast for adjusted profit for the full year to between $4.73 and $4.83 a share from its projection previously of between $4.62 and $4.82.

For its second quarter that ended June 30, net revenue was up 17.9% to over $6.45 billion. Revenue on an adjusted basis reached $6.43 billion, which was ahead of an average by analysts of $6.2 billion.