Merck Sees Drop in Revenue on Competition From Generics 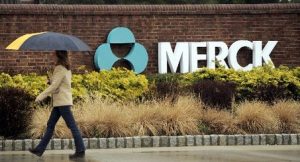 Merck & Co announced a drop in revenue as competition from generic drugs and fluctuations in currency hurt the company’s results.

Nasonex an allergy drug had 21% less sales, as a generic version was available during the quarter in the United States.

It is expecting revenue of $39 billion to $40.2 billion, increasing the lower end of a previous guidance by over $300 million.

The change in per share earnings expectations is a reflection of the favorable rates of exchange, which were offset partially by the earlier than had been expected entry into the market of a generic competitor against Nasonex.

The generic version of Nasonex became available in March across the U.S. and Merck said it is expecting substantial losses in sales for the future.

Remicade, which treats inflammatory diseases, had sales drop by 30% because of its loss of exclusivity and the increased impact of biosimilar drugs’ competition.

The pharmaceutical revenue for the quarter dropped by 2% to just over $8.1 billion. That included a negative impact of 4% from fluctuations in currency.

Growth using constant currency was driven by an increase in sales of cancer treatments, diabetes treatments and hospital acute care.

Combined sales of treatments Jaumet and Januvia for Type 2 diabetes, increased by 4% on the basis of constant currency.

Keytruda, the cancer drug, posted sales of more than $249 million for the just completed quarter compared to just $83 million during the same quarter a year ago.

Merck continues to develop as well as launch the drug for other types of cancers and the development program it has includes 30 types of tumors across over 250 clinical trials.

During January, the United States Food and Drug Administration gave its approval of Zepatier a new Merck treatment for hepatitis C, making it the most recent entrant into a booming market for treatments of the viral infection.

The market is dominated now by Gilead Sciences. Merck’s initial sales for Zepatier were $50 million during the quarter