New Inversion Rules in U.S. Could Threaten Deal with Pfizer and Allergan 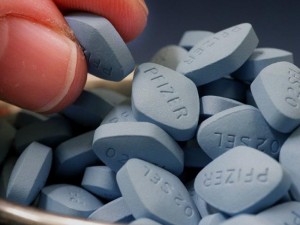 The Treasury Department in the U.S. took additional steps Monday to curb the corporate inversion set up to avoid taxes, with a possibly casualty being the pending merger between Allergan and Pfizer.

These changes, which are less than one year prior to President Barack Obama leaving office, follow the sharp criticism of the merger of the two, by politicians.

The merger between Pfizer and Allergan would be the biggest ever inversion deal. While these rules did not single out the deal, one of its provisions takes direct aim at it.

Shares of Allergan, based in Dublin fell by 22% in trading after hours on Monday, while shares of Pfizer, which is based in New York, were up 3%.

The two companies said they were busy reviewing the Department of Treasury notices and prior to completing their review they would not speculate on a potential impact.

The U.S. government has battled with a number of inversions of recent as companies in the U.S. sought to cut their tax liabilities by making a new domicile overseas, although their core operations as well as usually management remained within the U.S. even though they claimed a new home for tax purposes.

Several presidential candidates in the U.S. including Donald Trump the Republican front runner and Hillary Clinton the Democratic front runner have seized upon the issue during their campaigns.

Obama has called on repeated occasions for action by the U.S. Congress, which is controlled by the Republicans but U.S. lawmakers have done very little in response. He repeated that appeal on Monday to Congress and said he welcome the action taken by the Treasury.

The Treasury announced in a prepared statement that it would impose a limit on the foreign companies building up on assets in the U.S. to avoid ownership limits for a later tax inversion deal.

Now Pfizer will have to determine if the actions taken by the Treasury are enough to make its deal with Allergan not worth continuing.