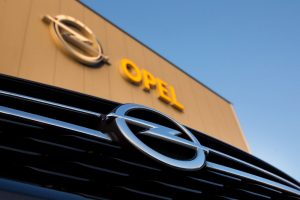 General Motors has sold Opel to the PSA Group in a deal that values Opel at €2.2 billion or $2.3 billion, said the carmaker on Monday. The sale creates another regional giant in carmakers that will challenge Volkswagen the current leader in the market.

The maker of Citroen and Peugeot has vowed it will return Opel and Vauxhall its British brand to profitability. It targeted a 2% operating margin within the next three years and one of 6% before the start of 2026 underpinned by €1.7 million in cost savings between the two.

Shares of PSA were up 4% after CEO Carlos Tavares announced that the European arm of GM could be revived using some lessons learned from the recovery of the French group itself.

With the acquisition of Opel, PSA jumps past Renault its French rival to become the second largest European carmaker by number of sales with a market share of 16% to the 24% share held by VW.

In 2016, PSA as well as GM Europe posted combined revenue of €72 billion and vehicle deliveries that totaled 4.3 million.

GM will be paid €1.32 billion for the manufacturing business of Opel with cash of €650 million and PSA share warrants of €670 million.

An additional €900 million will be paid by the carmaker based in Paris and BNP Paribas for the financing arm of Opel to be jointly operated and consolidated by the bank in France.

The Opel deal completes the European exit of GM. Eight years after nearly selling to Magna International from Canada, the auto giant based in Detroit has faced increased investor pressure of late to sell the business so it can focus on increasing profitability instead of chasing the crown of global sales currently held by German carmaker Volkswagen.

After pushing back against merger overtures in 2015 from Fiat Chrysler with support coming from its board, Mary Barra the GM CEO agreed to target a minimum return on capital invested of 20% and payout additional cash to shareholders.

PSA shares increased 4%, while shares of GM were up 1.2% on Friday following a report the deal was struck.

The two vehicle makers, which share some parts of products already in an existing alliance in Europe, confirmed in February they had been negotiating an acquisition outright by PSA of Opel, which sparked concern over the possibility of the deal including job cuts.