Household Debt Closing in on Levels of 2008 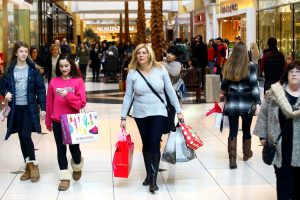 American households around the country are taking on more debt every day. Total debut for households increased at the end of last year to over $12.58 trillion. That represented an increase of more than $266 billion from the 2016 third quarter. This data came from a report released by the Federal Reserve Bank of New York.

For the full year, debt in American households increased by more than $460 billion, its largest increase in nearly a decade.

The current figures for debt load in American households are closing in on levels of 2008 when total debt for consumers in the U.S. was $12.68 trillion a record high.

Increasing debt hints that banks are now extending more credit. At the same time, mortgage originations have increased to their highest point since the 2009 Great Recession.

Balances of mortgages are the major part of debt in American households and ended 2016 at over $8.48 trillion.

However, growth in debt not related to housing, which would include auto loans, credit card balances and student loans are important factors that have fueled the increase in household debt.

Balance for student debt increased $31 billion during the 2016 fourth quarter to reach $1.31 trillion showed the report. Loans for automobiles were up $22 billion as new originations for those loans for 2016 reached a record high.

Debt in credit cards rose $32 billion to reach more than $779 billion. At these current rates, the Fed in New York expects debt in American households to reach its peak from 2008 at some point during 2017.

However, while that to some would set off alarm bells, there is one huge different between the debt now and that of 2008, said the Fed. That difference is today there are far fewer delinquent accounts.

For example, at 2016 yearend, only 4.8% of all household debts had fallen delinquent, while during the 2008 third quarter the overall debt of households in the U.S. was 8.5% delinquent.

The number of filings for bankruptcy protection was also not as high in 2016. During the final quarter of 2016, just over 200,000 people in the U.S. had a new bankruptcy listed on their personal credit reports. That figure represented a drop of 4% from the same three-month period one year ago.

Nevertheless, some financial analysts’ worry that the debt could continue to increase and that could cause more accounts to fall delinquent.