PepsiCo Plans for Super Bowl All About Water and No Calories 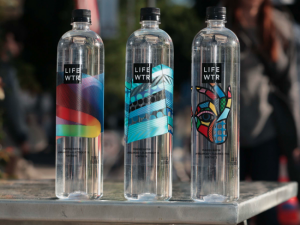 PepsiCo will water down its Super Bowl advertising. The beverage maker announced late Tuesday that its 30-second ad for Super Bowl LI will be for Lifewtr its new brand of premium bottle water.

The spot is called Inspiration Drops and features a version of Love Me Now the song by John Legend. The use of the song was tailored to reflect the art direction of the ad and bring its imagery to life, said a prepared statement from PepsiCo.

As announced previously, PepsiCo will use its sponsorship of the Super Bowl halftime show to plug its Pepsi Zero Sugar lineup.

The main attraction for halftime is Lade Gaga, while Tony Bennett will be her lead in.

The decision arrives as the sugary drink industry continues to receive criticism from health advocates.

The chief marketing officer at PepsiCo, Seth Kaufman said the company was proud to be promoting two products that are zero-calorie – Lifewtr and Pepsi Zero Sugar – at the Super Bowl as the company continues transforming its lineup of products to offer choices in beverages for every lifestyle and occasion.

PepsiCo announced in December its lineup of Lifewtr. It is being promoted as being pH balanced with electrolytes that have been added to give it taste.

Labels on the water feature designs that rotate that emerging artists designed. The new brand will have to play catch-up with Smartwater from Coca-Cola, which holds 45% of the premium bottled water market in the U.S. by volume.

The spot in the Super Bowl featuring Lifewtr will air in the first half. The ad shows how a city becomes transformed due to a storm that turns everything touched by the rain into colorful and bright art. PepsiCo released a short teaser this week to give the viewer an idea of its ad.

Pepsi Zero Sugar was known formerly as Pepsi Max. The drink was rebranded in 2016 in an overhaul of the diet lineup at Pepsi.

The changes included bringing back the Diet Pepsi version with aspartame amidst complaints from some Pepsi loyalists of the soft drink maker’s reformulation of the drink without aspartame.