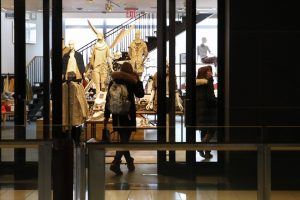 Six retailers in the U.S. will not require their hourly employees to check if they are needed for work and risk seeing shifts in their schedules cancelled at the last minute.

On Tuesday, the announcement will be made by Eric Schneiderman the Attorney General of New York. The New York AG and his counterparts across seven states, including those in Illinois and California, have sent out letters to many companies over the past year requesting data about how they schedule.

However, in those letters, officials said that workers could be harmed by schedules that are unpredictable which can increase strain on their family life, stress, and make it more difficult to arrange for childcare or to pursue an education.

The companies that will no longer use on-call scheduling are David’s Tea Inc, Aeropostale, Walt Disney, Zumiez and Pacific Sunwear of California.

Schneiderman in a prepared statement prior to the official announcement said people should not be required to keep their day open, arrange childcare and give up opportunities without receiving compensation for the time.

The New York AG noted it is estimated that more than 50,000 workers in the U.S. will benefit from these new agreements.

In addition, the letter sent to the different companies said on-call scheduling might violate the labor laws of the state requiring that workers be paid for part of the day even if they were told to remain at home.

Since 2015, Abercrombie & Fitch, Pier 1 Imports, Gap, and L Brands the Victoria’s Secret and Bath and Body Works parent company said they would be stopping their on-call schedules.

A San Francisco appeals court in October received a case where Victoria’s Secret was accused of violating the state law in California for not giving play to its workers whose shifts had been cancelled on little notice.

That case, where workers appealed the lawsuit being dismissed, has not yet been decided.

The office of the New York AG said the majority of companies that stopped using their on-call scheduling have replaced it through what is known as pooling arrangement to make sure there is adequate staffing.

Retailers have had to find different ways of cutting costs due to increased competition and less traffic in stores due to online shopping becoming so popular.

One of the ways to cut costs is through payroll and the use of on-call scheduling allowed the retailers to keep daily payroll costs lower especially if the store was not busy during a particular shift.