Michael Jordan Gains Ground on Getting His Name Back 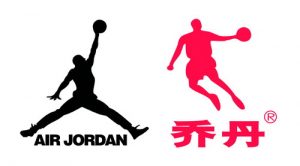 Michael Jordan had gained ground in his long battle with a sportswear company in China over his name being used in the most populous country in the world.

The former basketball superstar has been tied up in a legal battle for years with sports apparel maker Qiaodan Sports. Qiaodan is the name for Jordan in Chinese and the firm’s main logo is strikingly similar to the iconic image Air Jordan that Nike products use.

The top court in China ruled Thursday that the sportswear maker based in China stop their use of two Chinese characters in Qiaodan.

Large brands from the West such as Pfizer and Apple have struggled in defense of the names of some products in China. Qiaodan Sports has over 6,000 stores in China and won a number of legal victories against Jordan in the country’s lower courts.

Michael Jordan has said that the sports apparel maker built its successful business off the superstar’s identity. The former star with the Chicago Bulls said that when he heard about the ruling on Thursday that he was pleased.

In a prepared statement, Jordan said that the decision taken by the court on Thursday ensures that my fans in China and all consumers in the country know that Qiaodan Sports products do not have any connection with him.

However, the former star with Chicago, who is listed by Forbes as the all time highest paid athlete, did not get all that he had wanted with the court’s decision.

The court, the Supreme People’s Court, threw out a few of the other requests made by Jordan, including one that the sportswear maker stop using the Qiaodan using the Roman alphabet, which on certain products it uses.

Qiaodan Sports announced that it would respect the decision of the court, but the company said that the court’s decision does not affect trademarks it is using currently, suggesting its main logo that is Jordanesque is not going to leave the market in the short term.

The company has not been subtle when it came to exploiting the image of Jordan.

The former player with the Bulls accused Qiaodan of building the business through unauthorized use of his name in Chinese and the renowned jersey No. 23.

Jordan said the company even attempted to trademark his son’s names – Marcus and Jeffrey – in Chinese.

The legal battle is not yet over, as a court in Shanghai must still issue its ruling in another lawsuit over his name being used.