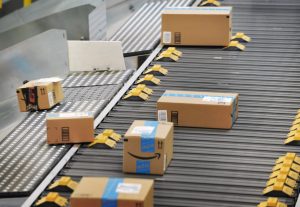 While a steady stream of customers have been keeping retailers busy for a number of days thanks to discounts from holiday promotions, shoppers still took to Internet in large numbers for Cyber Monday.

Early data shows that sales online for Monday November 28 were more than 9% higher than for Cyber Monday of last year.

As of early Monday, over $540 million already had been spent for purchases online, according to tracking firm Adobe, whose software operates under many websites of retailers.

While this special shopping day had reigned supreme for years as the biggest digital shopping day of the entire year, it faced a huge challenge from this year’s Black Friday.

Retailers said they were headed toward taking in more than $3.36 billion in online sales for Cyber Monday, which would just slightly beat the more than $3.34 billion shoppers spent on Black Friday.

It should not come as any big surprise that sales figures for Black Friday are now rivaling those for Cyber Monday.

The idea of beginning online shopping the Monday following Thanksgiving came about prior to the era of the smartphone, at a time when many people could only browse online and not buy until they were able to sit themselves down in front of their laptops or personal computers following a long weekend of being with family and traveling.

In 2016, 55% of the visits to retail sites during Black Friday came from mobile devices, which suggest that many shoppers began their digital spending earlier than in years past.

Retailers gave plenty of reason for shoppers to spend. Walmart began its deals for Cyber Monday on Friday, while Target offered Cyber Monday deals for two days, with a 15% off purchase offer that started on Sunday and ran through Monday.

For those shoppers who missed out on the deals, it appears as though many retailers continue to have a number of promotions on tap for the upcoming shopping days.

For example, online sites of Target and Macy’s touted their Cyber Week deals suggesting Monday would not be the only time to score huge digital discounts.

These patterns might also explain why mentions on social media for Cyber Monday dropped by an incredible 82% in comparison to 2015.

People have purchased or are planning to wait for the next wave of discounts to come.

The strong sales of Cyber Monday followed a long holiday weekend where close to 154 million U.S. shoppers shopped at stores or on line.