Vodafone Takes Charge of $5 Billion Due to India Price War 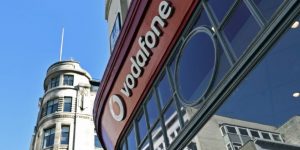 Vodafone the telecoms group posted a net loss for the first six months of 2016 of €5 billion equal to $5.5 billion Tuesday after it wrote down its Indian business by $5 billion because of a price war starting due to a powerful rival entering the market.

CEO Vittorio Colao announced that an improvement in markets across Europe was slightly ahead of company expectations with Germany and Italy leading the way, but competition intensified in India and would affect its cash flow there.

The three largest telecoms in India’s mobile market are led by Bharti Airtel, followed by Vodafone then Idea Cellular. The three have seen the mobile market turned upside down due to Reliance Jio Infocomm’s arrival, which is backed by Mukesh Ambani the richest businessman in India.

Jio’s impact was immediately felt when it launched free calls and cut the price for data services back in September.

Colao said that free trials offered by Jio were unprecedented and that Vodafone is watching intently to see that promotions were just for 90 days, which is required by regulators in India.

He said that once Jio begins billing will be the moment when companies will see how the market goes.

For now, he added Vodafone has lowered its prices, increased its allowances and released special offers for those seeking value in the market. However, it concluded that it was difficult to determine the full impact until all are playing under the same rules.

Vodafone had looked to spin off its business in India, but on Tuesday said it would wait now for conditions in the market to become stable prior to listing its India shares and that is not expected until at least March of 2017.

Meanwhile Vodafone lowered it top forecast range for earnings for the full year from €16.2 billion to €16.1 billion. The lower limit stayed the same at €15.7 billion.

Vodafone stock, which has fallen 15% during the past three months, was up 0.2% in early European trading on Tuesday.

Vodafone earnings prior to interest, taxes, depreciation and amortization or EBITA were €7.9 billion for the first half of fiscal 2017 through September 30, which was an increase of 4.3% and beat expectations of analysts of €7.8 billion.

Organic revenue was higher by 2.4% for the second three-month period of the fiscal year ahead of the 2.2% increase for the first quarter and beating forecasts for a slight drop.