U.S. Lifts Limits on Imports of Cuban Alcohol and Cigars 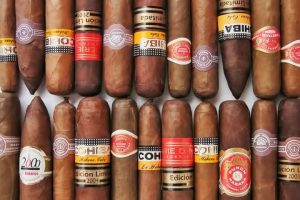 For a number of decades, Cuban cigars have been renowned for their intense flavor and difficulty in being obtained.

The decade’s long embargo by the U.S. against Cuba has prevented Americans from returning with Cuban cigars, even if purchased while in other countries.

Two years ago, limits were eased, but those returning could only bring back $100 worth of cigars.

After the embargo became law in 1962, agents with U.S. customs began seizing cigars they were able to find in bags of travelers, calling it contraband. Some agents went as far as tearing the cigars apart while the cigar owners stood by watching.

However, Cuban cigars are not a forbidden luxury any longer, as the White House issues a new directive on Friday that allows Americans to enter into more commerce with the Caribbean island nation that has been under communist rule since Fidel Castro took control in the late 1950s.

The directive includes the potential sales of inexpensive, innovative medications by Cuban pharmaceutical companies that are state operated, in the U.S.

However, it was news that Americans returning back to the states could bring an unlimited amount of tobacco and alcohol from Cuba, including the world famous cigars that captured the interest of most.

While talking about the changes on Friday, during a speech, Susan Rice a National Security Adviser, said that Americans can now celebrate with tobacco and rum from Cuba.

The imported alcohol and tobacco must return in a traveler’s carry-on baggage and be for only personal use. U.S. law still prohibits the sale of any Cuban cigars in the country.

Aficionados of cigars said the new directive from the White House would have a huge impact. One cigar aficionado said it allows travelers who love the cigars to travel anywhere in the world and bring Cuban cigars back to enjoy.

Already, due to the tourism boom in Cuba, some brands that are the most sought after have started to disappear from shelves of stores. Some cigar aficionados worry that the Cuban government will produce an inferior product through cutting corners trying to save money.

Others are not too concerned. May cigar lovers know how well the cigars are made and the passion that cigar makers have in their products. They do not worry the quality of the product will be lowered due to the demand that should start to skyrocket.