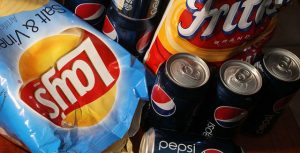 PepsiCo posted profit for the second quarter that topped expectations on Wall Street as the company slashed its costs and sold more snacks from Frito Lay than it expected.

The company raised its earnings outlook for the full-year, which helped give a boost to its shares during premarket trading on Thursday. PepsiCo stock was trading 2% higher prior to the opening bell.

The company announced that revenue from its North American Frito-Lay unit increased due to stronger volume of sales and pricing. The beverage unit in North America, which includes its Pepsi, Gatorade as well as other drinks, also experienced an increase in revenue as pricing offset a drop in overall volume.

PepsiCo like a number of other companies that specialize in packaged foods, including its biggest rival Coca Cola, is slashing its costs due to facing weaker growth in the saturated markets of the U.S. and because of overseas economic volatility.

The company has also put focus on new products, which are positioned to be premium and are able to earn higher prices.

New drinks offered by PepsiCo such as Naked Cold Pressed juice and Propel flavored water, as well as snacks that are from the brand Simply, helped to drive company sales, said a statement released by the business.

PepsiCo earnings, adjusted for one-off gains, ended the quarter at $1.35 a share, which beat the $1.28 a share that analysts on Wall Street were expecting.

Revenue at PepsiCo was down from last year during the same period of $15.92 billion to just over $15.4 billion.

The revenue total was hurt due to a strong dollar and deconsolidation of the company’s operations based in Venezuela. Analysts were expecting revenue to be $15.4 billion as well.

Citing its performance through the first six months of 2016, PepsiCo is anticipating earnings for the full year of $4.71 a share. Its guidance prior to this one was for $4.66 a share. Analysts were expecting full year earnings to reach $4.73 a share.

Shares of PepsiCo were up over 1.8% or by $1.93 in trading before the opening bell on Thursday.