Fakes Industry Worth More Than $460 Billion 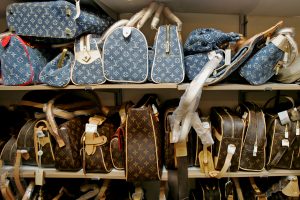 The majority of consumers might think of Louis Vuitton knockoff bags when thinking of counterfeit goods. However, the problem of fake goods reaches well beyond just those of luxury handbags.

The phony products trade is one that is growing and has now reached to over $460 billion or higher than the combined gross domestic product of Ireland and the Czech Republic, says a just released report by the Organization for Economic Cooperation and Development.

When the group last reported on the industry of counterfeit trade back in 2008, the think tank, based in Paris put its size at just over $200 billion.

Not only is the industry growing, but also it is entering into a number of new sectors that range from toy makers to pharmaceutical companies.

The fakes are frequently of low quality and can lead to safety and health issues for the consumer, warned the OECD.

Brands are hurt due to losses in sales and governments lose out on taxes.

Poor countries are not the sole destination for the counterfeit goods, given a growing share is now sent to the developed world, said the think tank.

The counterfeit industry no longer is just located in back allies as the goods are now manufactured in large factories and shipped across the globe.

The country that is responsible for the largest share of worldwide counterfeit production is China, found the report.

Nearly two-thirds of all fake goods originate in China, which is far more than from any other country that is linked to this practice.

The country with the second largest amount of counterfeit goods being manufactured is Turkey. The OECD said that country is responsible for over 3.3% of the overall counterfeits made.

The top industries that are affected by the fake goods are footwear, electrical equipment and machinery and clothing.

Nike, Rolex, Louis Vuitton and Ray Ban brands are counterfeited the most. Fake Nike footwear is worth between $5 and $200 on in the counterfeit market.

Sunglasses with Ray Ban logos range in price between $5 and $150.