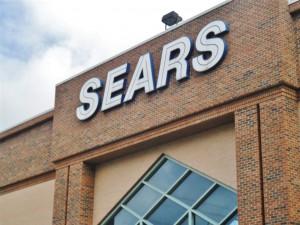 Sears the struggling retailer that was at one time was one of the biggest in America, has for a number of years enjoyed the strong financial backing of its billionaire CEO and chairman Edward Lampert, whose company ESL Investments is the largest shareholder.

Now, a billionaire that is even bigger has invested with the retailer – Bill Gates.

The company, based in Illinois, announced on Friday that it received a loan facility of $500 million that was secured, of which the first $250 million would be given equally by affiliates of Lampert’s ESL Investment as well as Cascade Investment, the business that manages the personal wealth of Gates.

The two companies have committed to providing the other $250 million if Sears is not able to raise it through a loan.

The loan has an interest annually of 8% and is being secured by mortgages on 13 properties of Sears.

This funding means Sears will have raised $1.5 billion in liquidity in 2016 as it is attempting to reinvent itself amidst tough competition and a base of consumers that have lost interest in its myriad of products that range from apparel to tools. It is also facing a new rivalry from J.C. Penney another retailer on the comeback.

Sears’ stock has fallen over 80% during the last five years, while at the same time the Nasdaq has increased by 75%. Sales have fallen each year since 2008 and it reported losses for the last five years, as it sold parts of the business such as Lands End and its operations in Canada during 2014.

In 2015, the business raised over $2.5 billion through selling 254 of its properties, all Kmart or Sears stores, to a REIT or real estate investment trust known as Seritage Growth Properties, of which Lampert is on the board of trustees.

Sears has gone through many transformations after beginning in 1885 selling watches before becoming one of the first mail order catalog businesses in the U.S. and then opening stores of its own.

Head to Head Analysis: Warner Music Group vs. Its Rivals