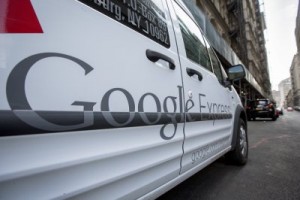 Google is amidst the launching of yet another service that will deliver fresh groceries in two cities in the U.S., which will only intensify the competition with Amazon.com the retail giant online and other start-ups in the tech industry like Instacart.

This new service offered by Google Express will offer delivery on the same day of dairy, frozen foods, vegetables, fruit, meat and seafood.

It has launched in select Los Angeles and San Francisco neighborhoods, said the Internet search giant.

If the program’s pilot is successful, Google Express will be expanding the service into other cities.

Deliveries for the perishables have a starting price of $2.99 for its members and $4.99 for the non-members. They are delivered within a window of two-hours, says Google Express product group manager Prabhu Balasubramanian.

Google Express will be increasing the minimum order from $15 to $35.

Online grocery deliver has received a second wind after Webvan burned out during the dot-com implosion of 2000 and filed bankruptcy in 2001.

The grocery industry was very slow to move online after Webvan and due to high costs with low profit margins, along with challenges logistically of transporting dairy and produce.

However, there have been a growing number of recent entrants that have leaped into the business of online grocery delivery, including companies such as Amazon.com, which operates AmazonFresh. Instacart is another that is gaining a name for itself.

Google said it had tested the delivery service for a number of months, narrowing the delivery windows as well as labeling times on the grocery listed to refrigerated or frozen as a way to remind people to put them in their proper please quickly.