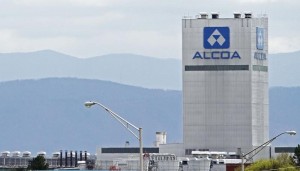 On Monday, Alcoa Inc announced that it would split the company into two separate entities – its aluminum smelting operations that are struggling from its lightweight metals production from its faster growing automotive and aerospace business.

The news brought to life shares of Alcoa, which soared 6% in trading prior to the opening bell on Monday. Dropping commodity prices along with an aluminum glut have hit Alcoa stock hard, which prior to this news had dropped by over 42% in 2015.

The split is to be made to separate the cyclical commodity business which excels during upswings in demand from a high tech business that is benefiting from the increased demand for titanium and new alloys for autos and planes.

Alcoa said it expects the split to be completed during the second six months of 2016. The traditional business of aluminum will keep the name Alcoa, while the new high tech company, which Alcoa has said would have products that are higher value, has not yet been named.

Klaus Kleinfeld the CEO at Alcoa said the company was interested in creating more value for its clients, for its shareholders and its employees. At this time, this is the best option we see that will create the biggest value.

A Wall Street analyst said that Alcoa already had been under a transition including the acquisition recently of RTI International Metals.

The commodity business is likely to drag significantly not only due to valuation but on resources of the business, said the analyst.

In a call with analysts, Alcoa said that since December 31 of 2014 its pension has been underfunded by close to $3.3 billion.

Executives announced that while the company busily works out details of the new split it would allocate pension and debt liabilities in a prudent manner for the two companies to have on their balance sheet.

The split said Alcoa should be completed during the second six months of 2016 and the traditional company of aluminum would retain its name.

Kleinfeld will be the new CEO of the unnamed entity and would remain on as the chairman of Alcoa during the transition period.