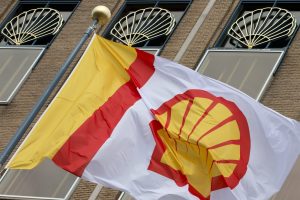 Royal Dutch Shell has posted a disappointing quarterly drop in profit of more than 72%, which it blamed on costs that were related to its BG Group takeover for $54 billion and weak prices of oil.

Shell missed estimates of analysts for the current cost for the second quarter of supplies, its own definition for net income, by over $1.1 billion due mainly because they expected better performance from their upstream division, which posted a loss of $1.3 billion in comparison to a loss one year ago of $469 million.

CEO Ben van Beurden said that lower prices of oil continue to create significant challenge to the business, particularly in its upstream sector.

Shell spent more than it expected on its corporate expenses with over $150 million for restructuring and termination charges following the deal for BG.

The oil giant is in the process of laying off over 12,500 workers that began last year and is running through this year.

Shares of Shell experienced their worst trading day in the past two months and by 10:00 were already down 2.7%.

Rivals of Shell such as Statoil also posted results for the second quarter that were worse than had been expected earlier this week due to expectations of analysts on cost reductions being too optimistic.

Despite a poor performance, Shell left is targets for disposal and capital investment the same as it did with its dividend.

Cash flow from its operating activities for the 2016 second quarter ended at $2.3 billion in comparison to $6.1 billion for the same three-month period in 2015. That means it was not sufficient enough to cover the dividend for the quarter of $3.7 billion.

The oil behemoth’s ratio of debt to equity rose to over 28.1% versus a rate of 12.7% for the same period one year ago, meaning its debt pile was growing rapidly.

CFO Simon Henry announced that at the current prices of oil of between $43 and $43.50 per barrel, the company could not make sufficient money unless it was able to raise cash from the disposal of assets.

Shell is amidst a program of asset divestment worth $30 billion and is expecting to sell in 2015 between $6 and $8 billion. It completed or is close to completing $3 billion already and is having discussions to sell 17 additional assets at the current time.

The company said it was on track to reach its reduced capital investment program for the year of more than $29 billion.