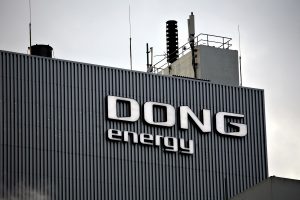 DONG Energy shares jumped by up to 10% Thursday after the utility and wind farm developer based in Denmark scored the largest initial public offering thus far in 2016.

The company has built over 25% of the offshore wind farms in the world. It sold shares for 235 Danish crowns each, which was the top half price of between 200 and 235 crowns guidance and the valuing of its business at over 98 billion crowns equal to $15 billion.

In early trading on Thursday, the stock was up to as high as 258.7 crowns and had touched at one time as much as 260 crowns.

The IPO raised 17 million crowns for the government of Denmark and a consortium of different investors in which Goldman Sachs is the lead.

The valuation means that Goldman Sachs has doubled its original investment of 8 billion crowns made only two and a half years ago, which fuelled criticism across Denmark that the prior government sold a stake of 18% to Goldman’s consortium at a very cheap price.

The listing by DONG gives investors an opportunity to buy into its rapidly growing wind sector located offshore. The company has huge projects in German and Britain, including the 1.2 gigawatt plant Hornsea 1 that will become the largest wind farm offshore in the world and it just recently opened new offices in Taiwan and the United States.

However, wind power offshore is one of the industry’s most expensive renewable energy sources and some industry analysts are worried about the reliance of the sector on subsidies from governments.

DONG in 2015 generated 62% of its revenue from offshore operating wind farms from subsidies and other support such as Green Certificate from Britain.

A price of approximately 260 crowns is what one analyst said was a fair value for a share of the stock for DONG.

No new shares were issued by DONG, while the Goldman consortium and the government sold together approximately a 17.5% stake in the business.

The Danish government will keep more than 50% of the company, while the consortium led by Goldman’s will have a 13.4% staked following this flotation.

Gross proceeds could increase to over 19.7 billion crowns if those selling, exercise an overallotment option to further offload stock.

DONG has posed net losses in each of the past four years, due mainly to impairment charges on its business in the oil industry.