The Coca-Cola Company (NYSE:KO – Get Rating) SVP Nancy Quan sold 13,746 shares of the firm’s stock in a transaction on Friday, November 18th. The shares were sold at an average price of $61.12, for a total transaction of $840,155.52. Following the sale, the senior vice president now owns 184,710 shares in the company, valued at approximately $11,289,475.20. The transaction was disclosed in a document filed with the SEC, which is accessible through this link.

Institutional Investors Weigh In On Coca-Cola 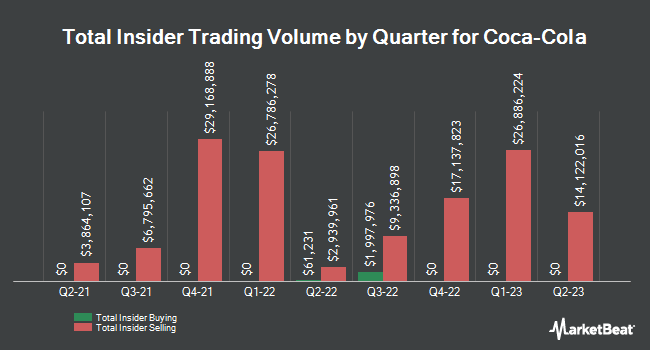 Complete the form below to receive the latest headlines and analysts' recommendations for Coca-Cola with our free daily email newsletter: