Under Armour (NYSE:UAA – Get Rating) last announced its quarterly earnings data on Wednesday, August 3rd. The company reported $0.03 EPS for the quarter, missing analysts’ consensus estimates of $0.04 by ($0.01). Under Armour had a net margin of 2.99% and a return on equity of 11.61%. During the same quarter in the prior year, the company posted $0.24 earnings per share.

Insider Activity at Under Armour

In other news, Director David W. Gibbs acquired 25,000 shares of the business’s stock in a transaction that occurred on Tuesday, May 31st. The shares were bought at an average price of $9.60 per share, with a total value of $240,000.00. Following the acquisition, the director now directly owns 50,000 shares in the company, valued at approximately $480,000. The acquisition was disclosed in a document filed with the Securities & Exchange Commission, which is available at this link. 16.40% of the stock is currently owned by company insiders.

Institutional Investors Weigh In On Under Armour

Under Armour, Inc, together with its subsidiaries, engages in the developing, marketing, and distributing performance apparel, footwear, and accessories for men, women, and youth. The company offers its apparel in compression, fitted, and loose fit types. It also provides footwear products for running, training, basketball, cleated sports, recovery, and outdoor applications. 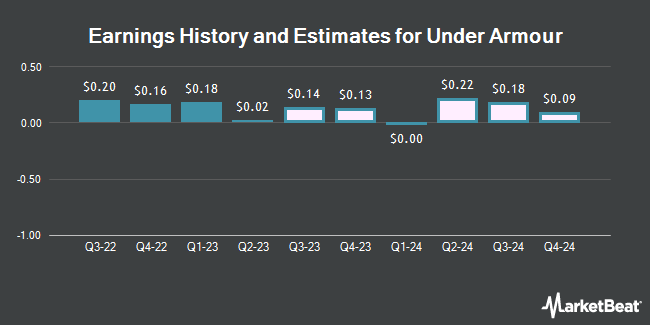 Daily Ratings & News for Under Armour

Complete the form below to receive the latest headlines and analysts' recommendations for Under Armour with our free daily email newsletter: