Wall Street brokerages expect NOW Inc. (NYSE:DNOW) to post $420.97 million in sales for the current fiscal quarter, Zacks reports. Three analysts have made estimates for NOW’s earnings, with the highest sales estimate coming in at $425.30 million and the lowest estimate coming in at $417.40 million. NOW reported sales of $319.00 million in the same quarter last year, which indicates a positive year-over-year growth rate of 32%. The company is scheduled to report its next earnings report on Wednesday, February 16th.

NOW (NYSE:DNOW) last issued its earnings results on Wednesday, November 3rd. The oil and gas company reported $0.05 earnings per share (EPS) for the quarter, beating the Zacks’ consensus estimate of $0.02 by $0.03. NOW had a negative net margin of 3.36% and a negative return on equity of 3.88%. The company had revenue of $439.00 million during the quarter, compared to analysts’ expectations of $422.80 million. During the same period last year, the company posted ($0.16) earnings per share. The firm’s quarterly revenue was up 34.7% compared to the same quarter last year.

A number of research analysts have issued reports on DNOW shares. Zacks Investment Research raised shares of NOW from a “hold” rating to a “buy” rating and set a $11.00 target price for the company in a report on Monday, November 8th. Stephens raised shares of NOW from an “equal weight” rating to an “overweight” rating and set a $12.00 price objective for the company in a research note on Thursday, November 4th. One analyst has rated the stock with a sell rating and five have issued a buy rating to the company. According to data from MarketBeat.com, the company currently has a consensus rating of “Buy” and a consensus price target of $10.50.

NOW, Inc is a holding company, which engages in the distribution of energy products for industrial applications. It operates through the following segments: United States, Canada, and International. The United States segment serves the upstream, midstream and downstream energy, and industrial markets.

Featured Story: How to start trading in the forex market? 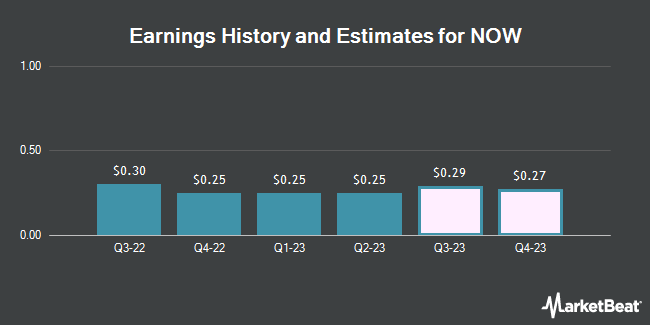 Receive News & Ratings for NOW Daily - Enter your email address below to receive a concise daily summary of the latest news and analysts' ratings for NOW and related companies with MarketBeat.com's FREE daily email newsletter.

Hoge Finance Trading Up 26.3% This Week

Complete the form below to receive the latest headlines and analysts' recommendations for NOW with our free daily email newsletter: