Titan Machinery, Inc engages in the management of agricultural and construction equipment stores. It operates through the following segments: Agriculture, Construction and International. The Agriculture segment sells services and rents machinery and related parts and attachments, for uses from large-scale farming to home and garden use in North America.

See Also: What is the significance of a dead cat bounce? 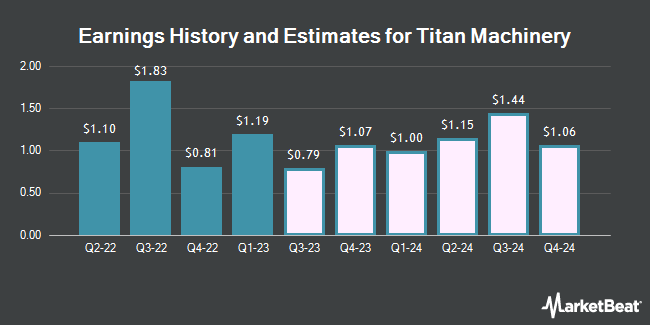 Complete the form below to receive the latest headlines and analysts' recommendations for Titan Machinery with our free daily email newsletter: