Advisor Group Holdings Inc. decreased its position in shares of Pearson plc (NYSE:PSO) by 33.9% in the 2nd quarter, according to the company in its most recent disclosure with the Securities and Exchange Commission. The institutional investor owned 40,778 shares of the company’s stock after selling 20,945 shares during the period. Advisor Group Holdings Inc.’s holdings in Pearson were worth $474,000 as of its most recent filing with the Securities and Exchange Commission.

The firm also recently disclosed a semi-annual dividend, which will be paid on Thursday, September 23rd. Stockholders of record on Friday, August 13th will be given a $0.0875 dividend. The ex-dividend date of this dividend is Thursday, August 12th. This represents a dividend yield of 2.4%. Pearson’s payout ratio is 48.65%.

Want to see what other hedge funds are holding PSO? Visit HoldingsChannel.com to get the latest 13F filings and insider trades for Pearson plc (NYSE:PSO). 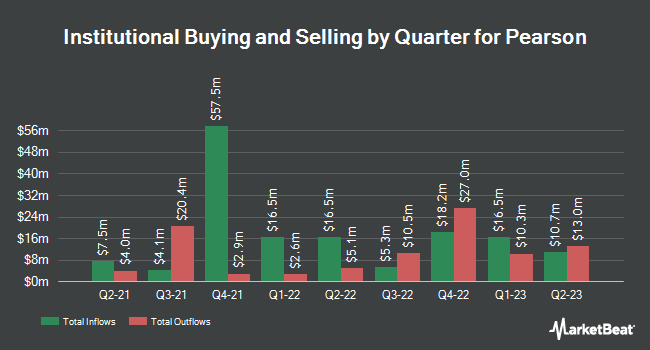 Receive News & Ratings for Pearson Daily - Enter your email address below to receive a concise daily summary of the latest news and analysts' ratings for Pearson and related companies with MarketBeat.com's FREE daily email newsletter.

HeidelbergCement AG Given Average Recommendation of “Hold” by Analysts

Complete the form below to receive the latest headlines and analysts' recommendations for Pearson with our free daily email newsletter: