Advisor Group Holdings Inc. boosted its stake in Fomento Económico Mexicano, S.A.B. de C.V. (NYSE:FMX) by 23.3% during the 2nd quarter, HoldingsChannel.com reports. The fund owned 5,984 shares of the company’s stock after purchasing an additional 1,129 shares during the period. Advisor Group Holdings Inc.’s holdings in Fomento Económico Mexicano were worth $506,000 as of its most recent filing with the Securities & Exchange Commission.

Want to see what other hedge funds are holding FMX? Visit HoldingsChannel.com to get the latest 13F filings and insider trades for Fomento Económico Mexicano, S.A.B. de C.V. (NYSE:FMX). 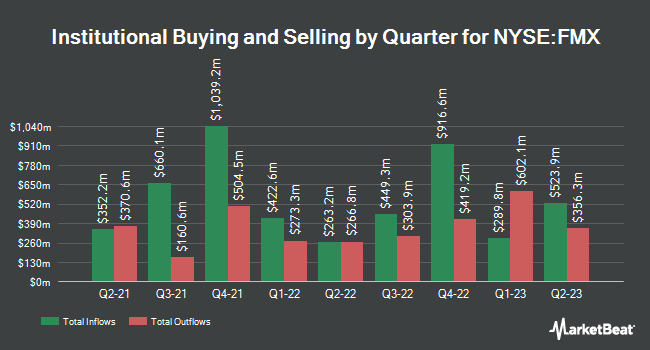 Blink Charging Co. Given Average Rating of “Hold” by Brokerages

Connectome Price Down 4.4% This Week

Complete the form below to receive the latest headlines and analysts' recommendations for Fomento Económico Mexicano with our free daily email newsletter: