Electricité de France S.A. (OTCMKTS:ECIFY) has been given an average recommendation of “Buy” by the eleven brokerages that are presently covering the stock, MarketBeat.com reports. Two investment analysts have rated the stock with a sell rating, one has assigned a hold rating and eight have assigned a buy rating to the company.

Électricité de France SA engages in the energy industry production. It operates in the following business segments: Electricity and, Gas. It offers the following services: production, transport, distribution, trading, sale of energy and, energy services. The company was founded on June 17, 1955 and is headquartered in Paris, France.

Featured Story: What is intrinsic value? 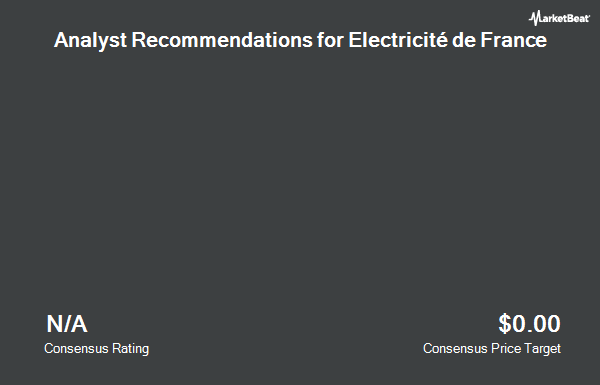 -$0.23 Earnings Per Share Expected for ESSA Pharma Inc. This Quarter

Complete the form below to receive the latest headlines and analysts' recommendations for Electricité de France with our free daily email newsletter: